LoL All-Star Recap – Everything That Happened

The LoL ALL Star Event 2020 has just been completed and it was definitely a notable few days for the game. The format and action are a little different this year to facilitate keeping matches played between closer regions. However, that hasn’t stopped the showcase from being a fun few days. The event featured a number of fan-voted team rosters taking each other on. Regions were pit against regions, and the top players went all out in 1v1s. This LoL All-Star recap covers everything you may have missed over the course of the event.

The Underdog uprising was the first portion of the tournament and it came with a big ask. Local teams went up against their nearest larger teams, with the hopes that at least one underdog would pull off an upset. The teams had rosters voted on by fans, with the smaller regions aiming to achieve something.

The results for the Underdog Uprising were actually pretty mixed, with most of the bigger teams losing at least one of their games. In a tournament designed to give this result, it isn’t too surprising. However, it is a much-needed boost for smaller teams and players out there. A big question for an LoL All-Star recap would be if the underdogs actually managed an uprising? They fell a little short of it being a real result for the smaller regions, but they had plenty of wins.

The Superstar Showdown is the next part of the LoL All-Star recap. This featured teams of fan chosen players going head to head against each other, along with a non-pros game. The All-Star games of the fan-favorite pros were the main event here. The China and South Korea matches were definitely impactful, with some of the top players taking part. If you’re looking for the players to look at for LoL betting, then these two teams are probably where you need to focus.

Those two reigns are the big players in the game,  but there was also a set of matches between Europe and North America. These games were just as tense, with both pros and non-pros competing in separate matches. 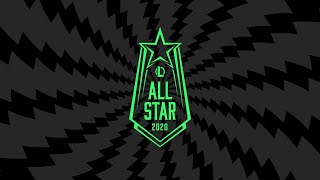 The final event of the game was the Red bull 1v1 Competition. This was a tournament bracket for each major league for players to 1v1 each other. This one of the most interesting parts of the event.

The LCK region sent BeryL and Deft to the final, where Deft came out on top. This was after pushing considerably further ahead in the semis, beating Canna 2-0 while BeryL pushed in ahead of PraY 2-1. The LPL portions of the Red Bull 1v1 was a little less exciting, with YuxlaoC fairly easily dominating all the way through to the final. Krasa did put up a good fight in those matches, but lose 2-0. 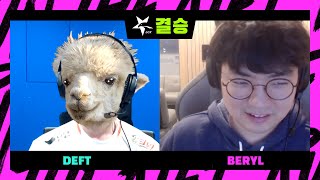 In LEX Bwipo pushed through the entire bracket without conceding a single round. NoWay did the same, winning 2-0 in the semis, but couldn’t manage to put a stop to the player in the finals. Licorice performed a similar run in LCS, taking every point available until he won out overall.

The LoL AllStar event was a fun way to round off the year for the league. While things had to be altered to make everything function over internet connections this time, the level of skill on the player was no less. The 1v1s in particular provided a fun macro look at players’ skills. Seeing these players back in a normal environment to play their matches next year is going to be more exciting than ever.

View all posts by Jordan Ashley